Rachel Papo‘s photographs have been exhibited and published worldwide, she has been awarded a NYFA Fellowship, been a finalist for the Santa Fe Prize for Photography, and received the Ronnie Heyman Prize for an Emerging Jewish Visual Artists, her work is captivating and thought provoking, and finally she is my friend.  I had the fortune of getting to know her when we studied for our MFA in photography at The School of Visual Arts and I was immediately drawn to her work.  A few years later, after moving to Miami and eventually into our current home with space for my growing photography collection, I bought one of her pieces from the series Desperately Perfect.  Her new work continues to deliver and it is my pleasure to share it all with you on Childhood Unplugged!

Thank you Carolyn, it’s an honor being featured here! I am an American born Israeli photographer living with my husband and two children (6, 3) in Brooklyn, New York. We just moved back to Brooklyn after living three years in Berlin, Germany, and three years before that in the countryside in Woodstock, New York. I still sometime say I am from Israel, because that’s where I grew up and that’s where my parents and brothers live, but truly, my heart is divided between many places. I started taking pictures as a teenager and always pushed my work, but my “career” as a photographer didn’t really start until my early thirties when an editor in an Israeli newspaper I worked at as a graphic designer assigned me to shoot a street parade. I failed miserably! But that didn’t stop me and I saw it as an opportunity. I kept on seeking assignments and got accepted into the masters program in photography at the School of Visual Arts in New York. After graduating things started to pick up.

My husband and I LOVE camping and going on road trips. We did it for many years before our children were born and a year ago we bought a 1976 VW campervan and (despite breaking down after one day of driving!) we are eager to start taking long trips in it.

Over the past six years I’ve developed an obsession with sewing and, while living in Berlin, I’ve collected an insane amount of fabrics. I like spending my downtime (is there such a thing?) making gifts for friends and clothes for my kids.

I’m a big fan of Instagram! Finally I found a platform where I can just share my joy of taking pictures without trying to fit them into a cohesive body of work with a long exhausting statement. I find that the immediacy and spontaneity of Instagram sometimes reveals so much about people, whether they plan doing it or not (@rachelpapo)

Could you share briefly about your childhood and where technology (or plugged in activities) played a roll?

When I was growing up in Israel we had a black and white TV with only one channel that had children’s programming for only a couple of hours a day. Can you imagine?! It was great because, not knowing anything different, children were forced to engage in other activities. I spent many hours outdoors investigating nature, or indoors reading, drawing and inventing games. Music was a big part of my childhood—I grew up with three older brothers who would blast rock and heavy metal music all day long.

I have always been a huge fan of your work, you have an ability to capture such an intimate portrayal into a private world through your images.  I was first drawn to your series Serial No. 3817131, could you tell us a bit about it.

Serial No. 3817131 was my soldier number in the Israeli army— a mandatory requirement for every 18-year-old Israeli. I started documenting Israeli female soldiers after living away from Israel for quite a while, as part of my MFA thesis project. I couldn’t help but notice, every time I visited, how young these soldiers were, and I couldn’t help but reflect on my time as a teenager in uniform, 14 years earlier. Through photographing these young women I was able to understand what I went through as an 18-year-old and shed light on the emotional aspect of this experience, which is not often discussed. 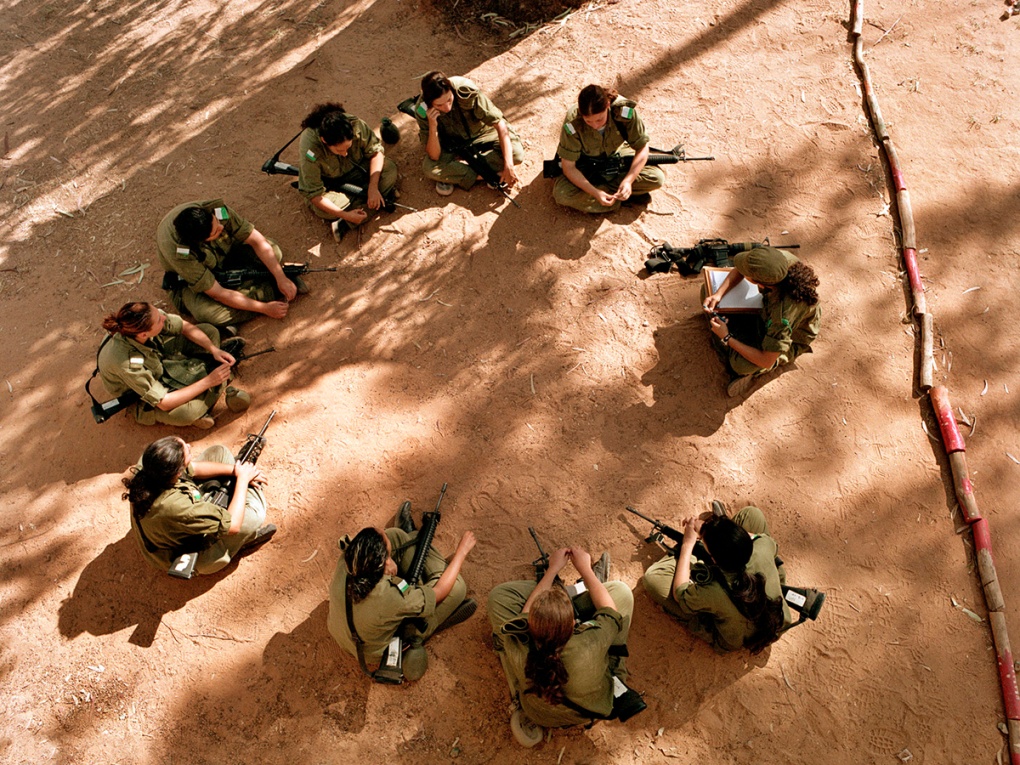 Your stunning series Desperately Perfect shows the obsessive drive of perfection of young Russian ballerinas, truly the opposite of children living a plugged in life.  What did you learn from photographing them?

Spending time at the Vaganova Ballet Academy was an unforgettable experience. The old historical building, the traditional outfits, the uncompromising expectations, the hopeful young faces, all gave me a feeling of being in a different era. Similar to my soldiers project, these children were so immersed in an environment strict with rules and restrictions, that they were completely detached from and unaware of the constantly changing world outside. Ballet consumed their entire life and there was little time left to engage in anything else. I admired their dedication and endurance but also felt their pain and struggle caused by their fear of failure. 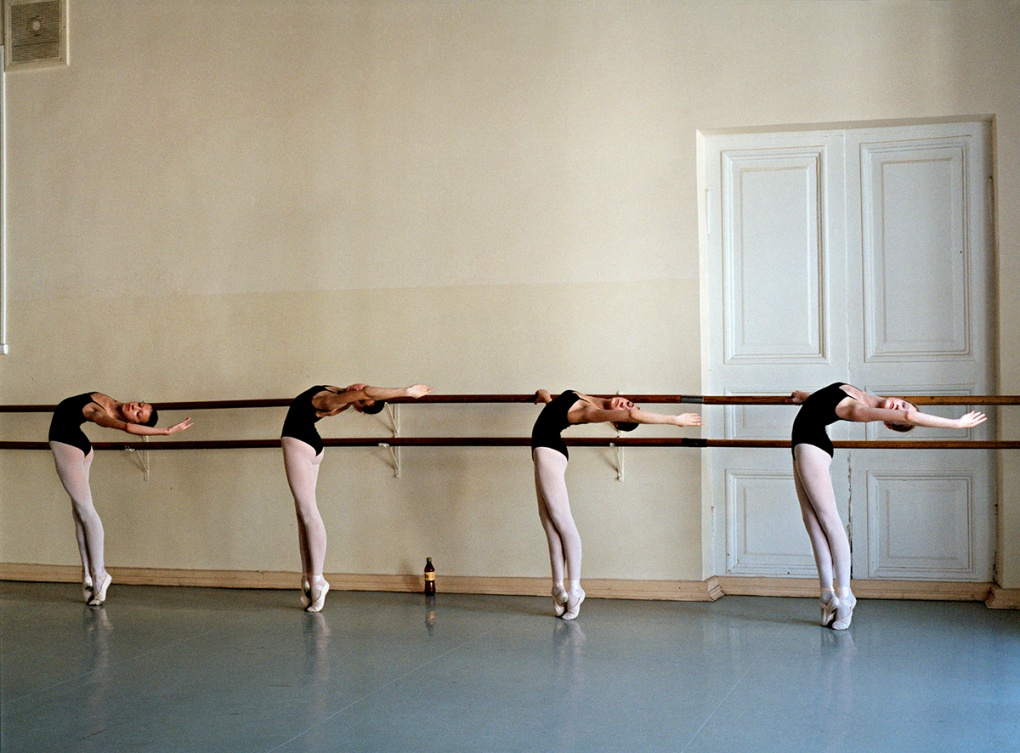 How did becoming a mother change your work?

Becoming a mother definitely slowed me down! I could no longer travel far to work on a project, or dedicate days and nights editing, retouching, or rethinking ideas—at least not as long as my children are so young. The roll of a mother added so many more (wanted and unwanted) tasks to my life that something always gets neglected. I am still trying to find a rhythm where at the end of the day I will be happy with the work I’ve done, dinner will be ready (and decent) and all the laundry folded!

Your latest project, Homeschooled, shows an intimate portrait of a group of homeschooled children around Woodstock, NY.  I read somewhere that before embarking on this project you had never heard of homeschooling.  How did this series come about?

At the time I just moved from Brooklyn to Woodstock in Upstate New York with my husband and 5-months-old daughter, and I was desperate for a break from motherhood. I started searching for a subject to photograph and happen to befriend a mother who was homeschooling her 5-year-old daughter. I was curious and, knowing I cannot travel far, I decided to explore the topic of homeschooling in that specific rural region. I started working with several families and specifically chose to focus on the children. Their absorption in nature and their fascination with it is what contributed to the magical quality that some of the photos posses. 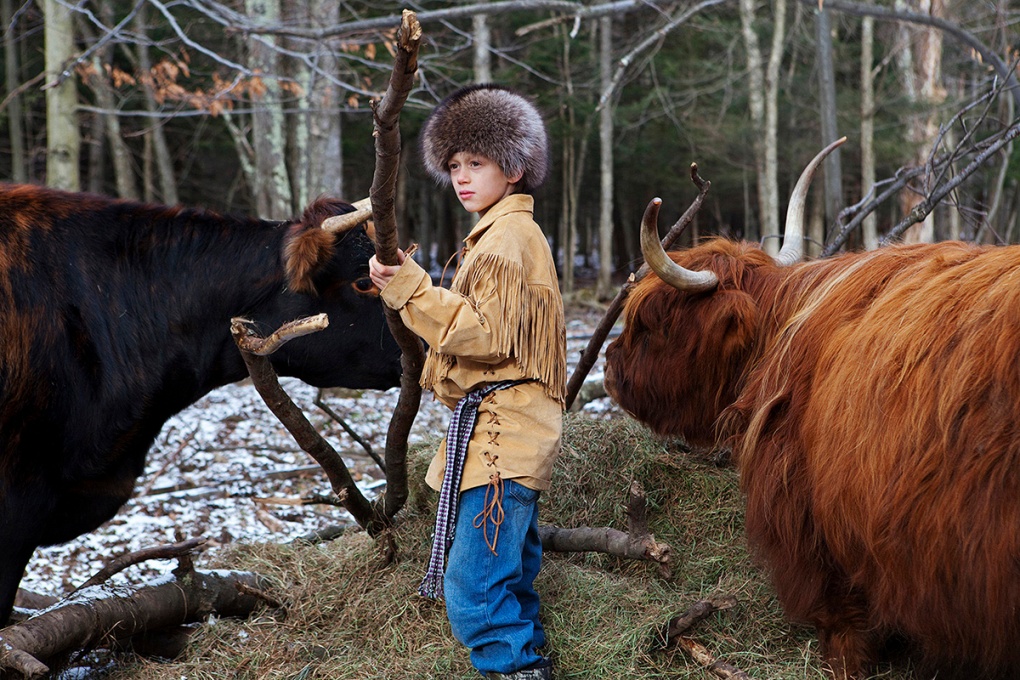 What did you learn over the course of the two years you were shooting?

With my growing daughter I became sensitive to parenting styles and the endless choices that parents have to face every step of the way. Although I realized that homeschooling was not something I want to do with my children, I related to the parents I met during the project and understood their ideas, struggles and pride. I made sure to depict the children without any judgement, and learned to respect people’s choices.

Homeschooled has been released as book, congratulations!  Can you tell us about the process as well as the reaction of your subjects to seeing the book?  Where can we purchase the book?

Thank you! When I finished photographing this project, right before I moved to Berlin, I felt this body of work was complete, but I never realized how much more I can learn about the subject. By creating the book and going through the challenging process of editing, understanding, sequencing, collecting information, discovering, drawing conclusions, and then putting it all together — I gained a much deeper understanding of and appreciation for the work I have done. The parents were very pleased with the book and thanked me, while the children’s reaction to seeing themselves in the book was no more than a giggle. You can order a signed and dedicated copy of the book directly from my website: rachelpapo.com 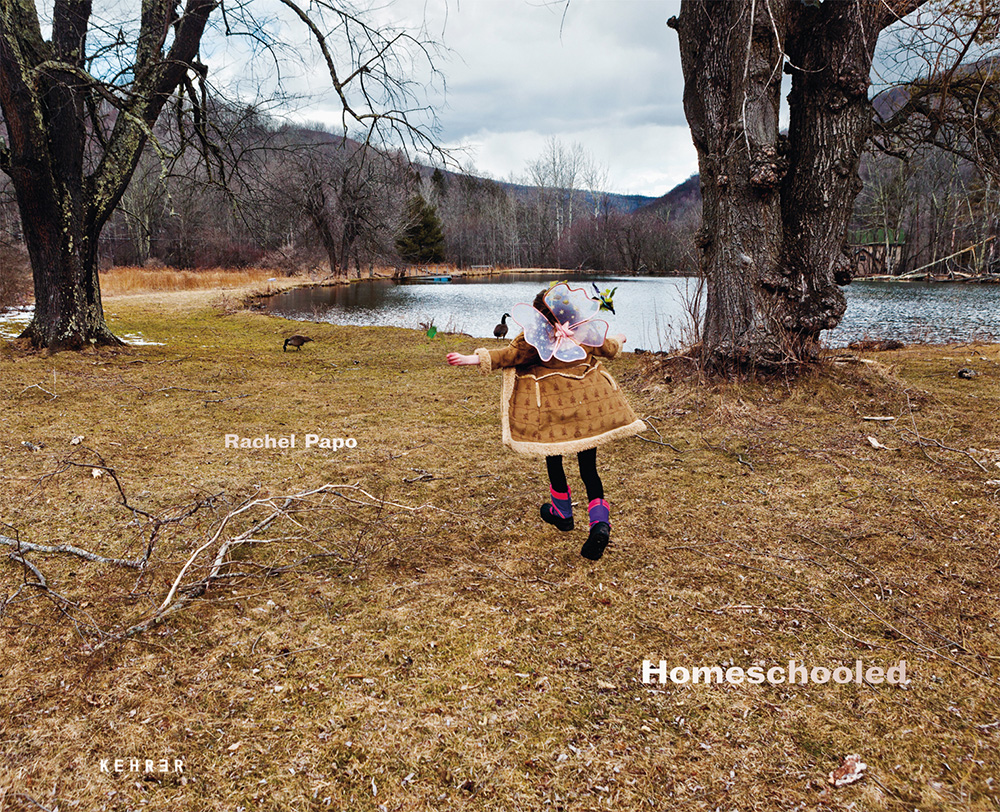 Your photographic projects have all seemed like possible tools you could use to help define how you yourself plan to, or are, raising your children.  Is this possible?  Is setting boundaries for being unplugged an important part of your parenting?

I never work on a project as an outsider, in other words, my projects are always subjective. I start with a general idea of what I wish to capture and convey but then I usually get swept away in emotions and that always changes the end result. I like working this way because it leaves a lot of room for chance and it allows my subjects to surprise me and teach me things. Working with children in different age groups, not only reminded me of how I was as a child of that age, but it also alerts me about issues that sooner or later I will face with my own children. By being exposed to various growing pains of childhood, I feel I might possibly be more equipped to listen and understand my own children when the time comes.

It is so easy and sometimes such a relief to let children watch a TV show or play on an iPad, but in our house we’ve been doing it less and less, and the children got used to it. I found that the less choices they have in terms of plugged activities, the more they learn to occupy themselves, play with each other, and discover creative ways to fill their time. Going on camping road trips has definitely been a bonding family experience and a great way to remove ourselves from the buzz of technology and embrace nature.

Do you have an favorite personal image, could you share it with us and tell us why?

“Three 2nd class girls backstage”, from “Desperately Perfect”— every once in a while I take a photo that I instantly know is a “killer”, one that will turn out to be a signature image, one that for years I look back at it and say: “I can’t believe I took that!”. This photo was taken backstage at the famous Mariinsky Theatre in St. Petersburg, during the end-of-the-year performance rehearsal. I took it using a medium format film camera, so I never really knew what I captured until much later when I was back in the U.S. This image brings me so much joy because it represents all the hard work that I have put into getting to Russia and gaining this incredible access to these young dancers.

Rachel as I read your final answer an excitement sweeps through me as your personal favorite image is the one that hangs in my hall, and image I cherish and love.  Thank you for taking the time to so thoughtfully answer my questions and allowing me to sharing your beautiful work with our followers, it has been a pleasure! xo Carolyn Mara Borlenghi